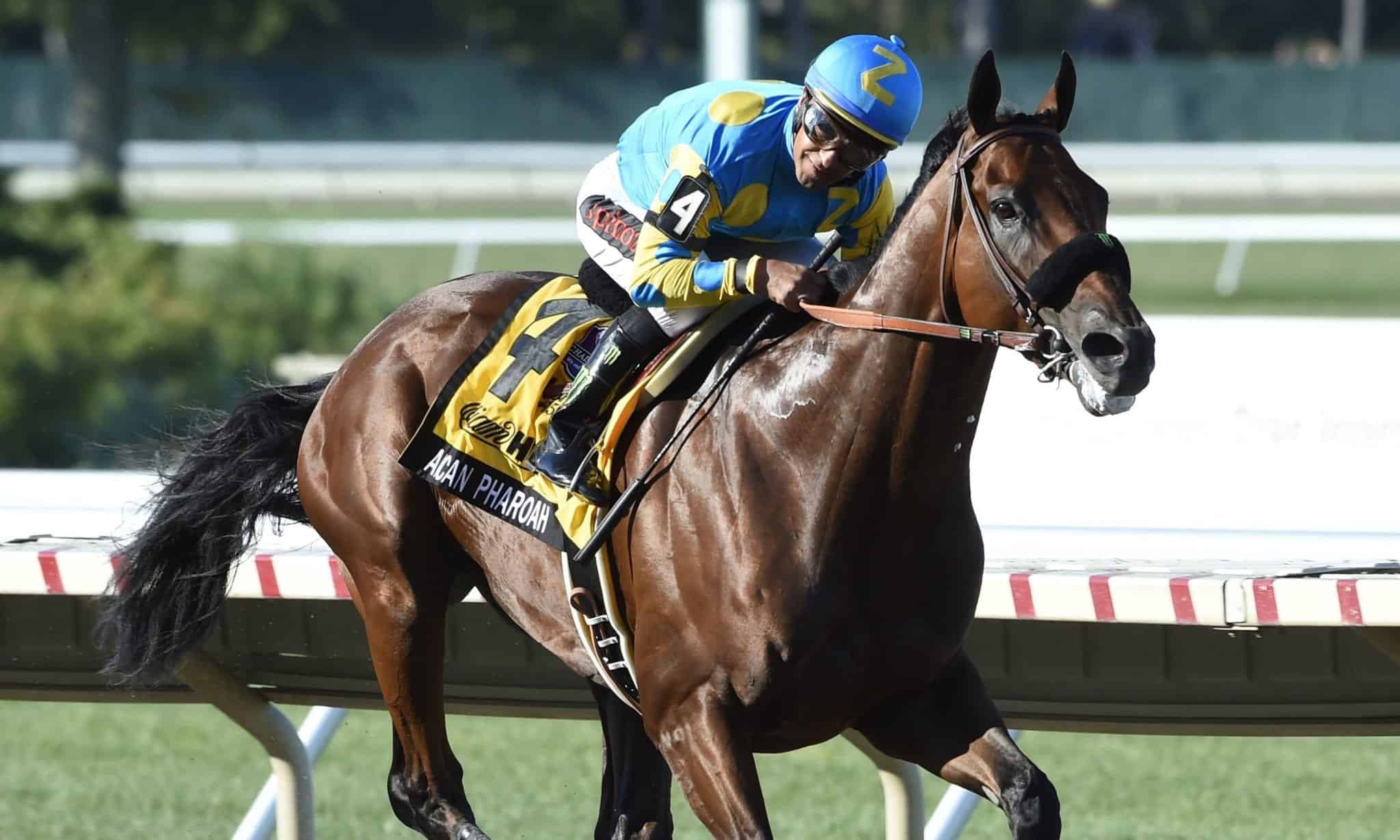 [vc_row css_animation=”” row_type=”row” use_row_as_full_screen_section=”no” type=”full_width” angled_section=”no” text_align=”left” background_image_as_pattern=”without_pattern”][vc_column][vc_column_text]The Triple Crown is considered one of the most prestigious achievements in the horse racing industry; determination, grit, and hard work are just a few of the components gone into the training and immense effort that it takes to be a Triple Crown winner. So let’s go back to the very beginning, where it all started the year of 1875. This was the very first year in which all three races were in existence simultaneously. Not to get confused with the British Triple Crown, the American Triple Crown is where a single 3-year-old Thoroughbred, in one season, must take home the first place title of the Kentucky Derby, the Preakness Stakes, and the Belmont Stakes. In the 143 years running, only 12 horses have taken the crown in the 3 consecutive wins of the Triple Crown races.

The Kentucky Derby, held the first Saturday in May in Louisville, Kentucky at Churchill Downs is the only one of the three races to have been continuously run from its first year, inaugurated in 1875. Originally 1 1/2 miles, in 1896 the race was shortened to its current distance of 1 1/4 miles. Since 1975 the Churchill Downs field has been restricted to 20 horses. The shortest of the races, The Preakness Stakes- “The Run for the Black-Eyed Susan” held the third Saturday in May is a 1 3/16 miles race which started in 1873; not ran from 1891 to 1893, and continuously ran since 1894. Pimlico Race Course in Baltimore, Maryland was the home track of Preakness from 1873 to 1889, then later held at Morris Park Racecourse in Bronx, New York in 1890, not ran for 3 years, then from 1894 through 1908 the race was held at Gravesend Race Track on Coney Island, New York, and again at Pimlico from 1909 until now.

This brings us to the longing Belmont Stakes, “The Test of the Champion” and “the Run for the Carnations”, the oldest of the three TC events, the last leg of the Triple Crown, named after a well fortuned financier in New York politics and society, August Belmont. The first running was in 1867 at Jerome Park, has been ran at various distances and tracks throughout its years, is the fourth oldest race overall in North America. The 1973 TC winner, Secretariat holds the track and world record of the mile and a half run of 2:24. The 1 1/2 mile races is held in Belmont Park in Elmont, New York.

The popularization of the Triple Crown was familiarized during the 1930s by Daily Racing Form columnist, Charles Hatton whom used the term routinely in his writings when referencing the 3 races. Newspapers were consistently using the term in the 1940s as more and more owners began preparing specifically for these races. Although there were subsequent prior 1950 TC winners that were later awarded, in December of 1950, the Thoroughbred Racing Associations in New York held their annual awards dinner, where they proclaimed and awarded Sir Barton the very first horse to win all three races, in 1919.

There was an average of one Triple Crown winner every 2.5 years during the 18 year span between Gallant Fox’s win in 1930 and Citation’s win in 1948. There was then a 25 year hiatus until Secretariat’s win in 1973; Seattle Slew in 1977 and Affirmed in 1978 stirred special excitement in racing fans with a back to back win. There was then a long halt to winners until our very own (and very much loved!) American Pharoah in 2015. We now only eagerly await on the edge of our seats to see how Justify holds his track in the 150th running of the Belmont Stakes this Saturday, June 9th![/vc_column_text][/vc_column][/vc_row]